M
CASIO Middle East has announced the coming release of a new limited-edition collaboration timepiece in the UAE, the GA-110FRG-7A, which is the result of the recent team up between CASIO G-SHOCK and famous New York rapper, A$AP Ferg. The new model, which bears a design based on G-SHOCK’s original GA110 model, features a clear resin band and bezel with blue, red and yellow accents on the dial face complemented by A$AP Ferg’s signature on the band loop and case back. The GA-110FRG-7A, which comes in a custom limited-edition packaging, is set to hit UAE stores by February 2019. 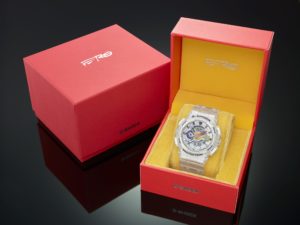 “We are proud to have worked with A$AP Ferg on this new timepiece, who is seen as a fashion icon to many,” said Koji Naka, Managing Director, CASIO Middle East. “The GA-

next post
Collaboration With 5IVEPILLAR Bringing Back CASIO Classics 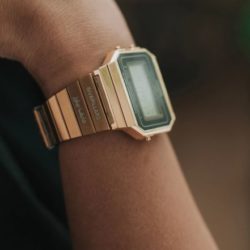